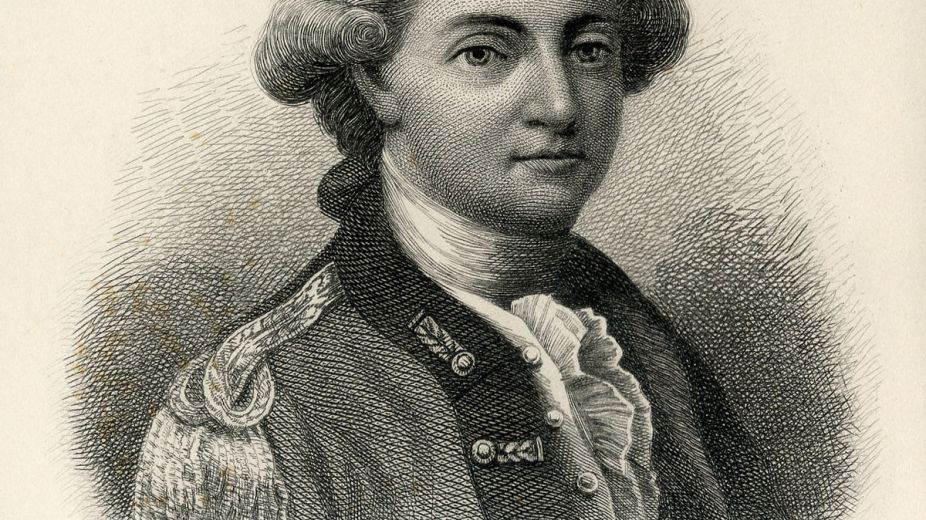 On October 2, 1780, British officer Major John André was executed by hanging as a British spy. While many pleaded that André be spared, including American officers such as Alexander Hamilton, George Washington chose to carry out the execution. André had been discovered out of uniform, behind enemy lines, and carrying the confidential papers Benedict Arnold had given him as the two men conspired to turn the American fort at West Point over to the British. However, André was not just any spy, he was the Adjutant-General to the British Army. He was also a handsome, youthful, thirty-year-old, with charm and grace that many American officers admired. After a Board of American officers found André guilty as a spy, Washington would not be persuaded to spare his life. 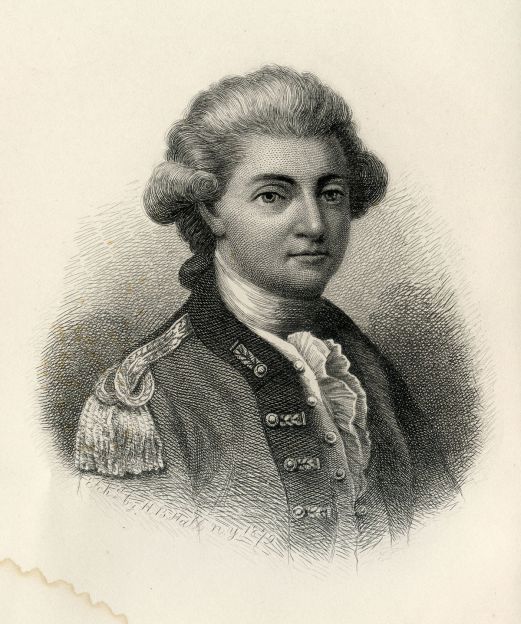 In 18th century warfare, most captured officers were treated well and then exchanged for enemy officers also captured by the opposing side. André, however, was a spy. To Washington, had André succeeded in his task of carrying the plans for West Point into enemy hands the war would have likely ended in American defeat. Such treachery had to be punished by death.

Proponents of André looked to the series of unfortunate events that led to André’s capture in civilian clothes, and blamed Benedict Arnold as the treacherous traitor that caused André’s demise. It is true that Arnold gave very little thought to the safety of his British counterpart in his plan to turn traitor. André had been dressed in his British uniform when he first met with Arnold on September 20, 1780. André had sailed up the Hudson River in the British vessel, Vulture, and been secretly rowed ashore for a clandestine meeting with Arnold. The next morning the Vulture came under fire from American forces and had to sail back down the Hudson. While it still would have been possible to get André back aboard the Vulture the following night, Arnold convinced André to change into civilian clothes and ride south through American held ground in  New York to return to the British. 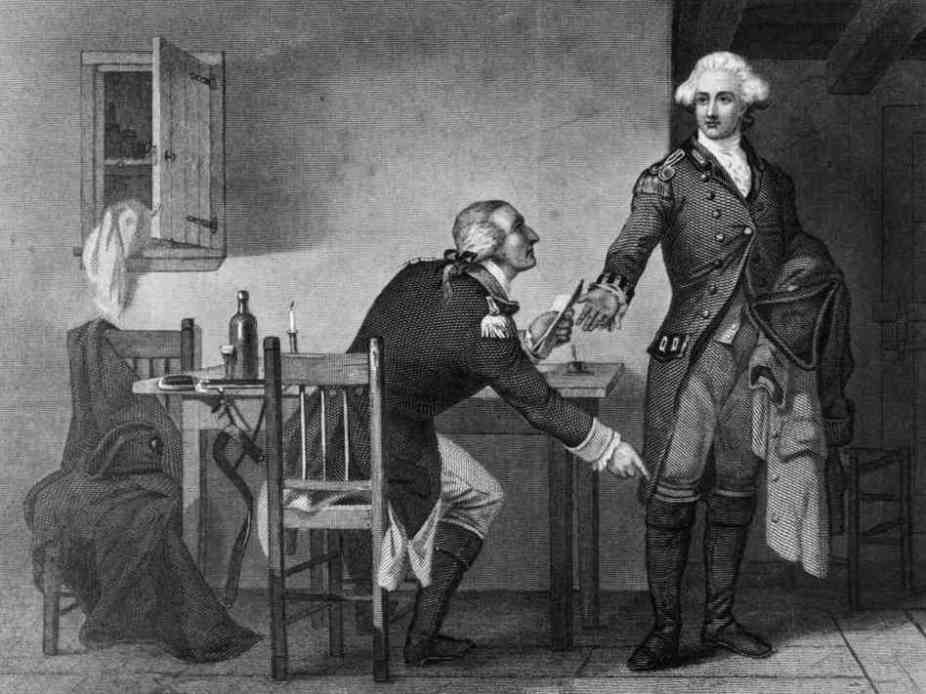 Arnold gave André a signed pass, in case he was questioned. Arnold’s aide Joshua Smith accompanied André on horseback all the way back to within a mile of the enemy line. He then left André. As André was just about back to British held territory, he was stopped by three men. One of the men was wearing a Hessian overcoat and André assumed the men were British Tories. André asked the men which side they were on. They lied claiming they were with the British. André then admitted that he was a British officer on urgent business. The men searched André and found the secret papers tucked in his stockings.Thus began not only André’s undoing but that of Benedict Arnold as well. 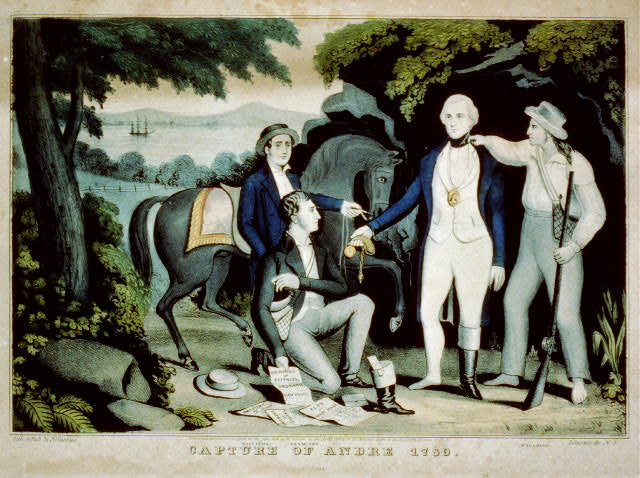 When André realized that his life would not be spared, he wrote a letter to Washington asking that at the very least he be executed with honor by a firing squad and not the dishonorable death by hanging. Once again, Washington held firm. André was to be hanged. Further endearing himself to the hearts of officers from both sides, Andre faced his death with unwavering bravery. He walked to the gallows unbound, with two men holding either arm. He climbed up into the ox cart under the gallows. He put a handkerchief over his eyes. While the executioner was there ready to put the noose around his neck, André took it from him and put it on himself. André reportedly stated,”I pray you to bear me witness that I meet my fate as a brave man.” The cart pulled away and the deed was done.

While Washington took considerable grief for carrying through with André’s execution, he knew that this was not a time for compromise or to appear weak. The fate of a nation was resting in the balance and a message had to be sent to everyone that spies would be hanged. For John André his fate was fixed to the traitor Benedict Arnold who escaped into British hands, leaving Andre to die. In that respect, André’s death truly is unfortunate.

For a great account of Andre’s capture and execution, check out Nathaniel Philbrick’s, Valiant Ambition: George Washington, Benedict Arnold, and the Fate of the American Revolution