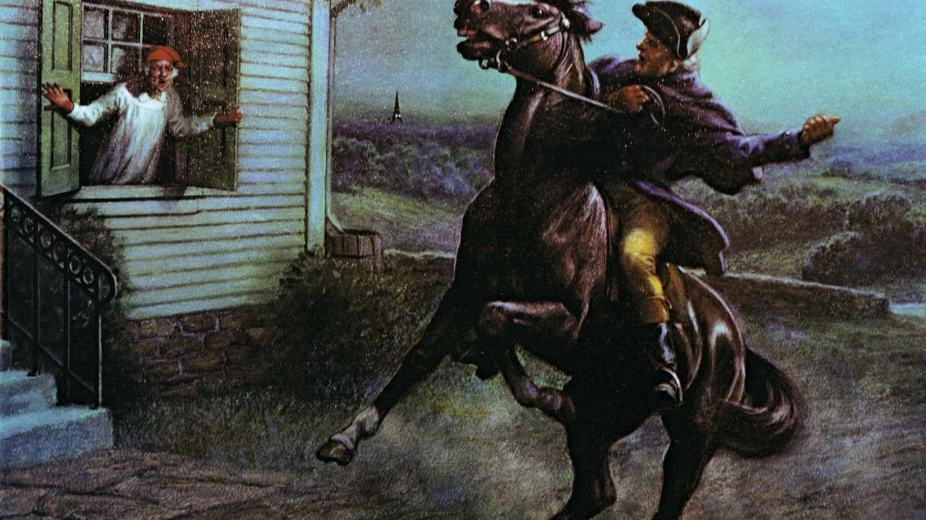 In the early morning hours of April 19, 1775, British troops marched from Boston to Lexington and Concord, Massachusetts. Their purpose was to capture the Patriot’s supply of weapons and powder in Concord. The British also sought to capture the rebel leaders Samuel Adams and John Hancock who had recently fled Boston for Lexington. While the British left Boston under the cover of darkness, the Patriot Militia had warning of their advance through the watchful eyes of the rebels, Joseph Warren, William Dawes, and Paul Revere. Both Dawes and Revere made their famous midnight rides through the Massachusetts countryside telling the local militias to rally. Revere’s cry through the night was probably not the legendary quote, “The British are coming,” but rather “The Regulars are coming.” Local militiamen would have recognized “Regulars” to mean the British soldiers who were stationed in Boston.

Revere made his way to Lexington to warn Hancock and Adams who then left Lexington for Burlington, Massachusetts. He and Dawes made it to Concord to warn the local militia to hide the stores of weapons and powder. Thanks to Dawes and Revere most of the supplies were hidden from the British. Some weapons and supplies were reportedly buried in fields made to look like newly furrowed ground for planting.

Revere’s and Dawes’ rides saved supplies, but with the militia now turned out and armed, violence was bound to occur. At dawn on April 19th on the Lexington Green, the first shot of the American Revolution was fired. Reports vary wildly on who fired the fist shot. The shot caused the tense situation to erupt into violence. The local militia was easily outnumbered by the British and scattered quickly as the Regulars advanced toward Concord. While the British marched to Concord with few casualties, their retreat back to Boston was made under nearly constant fire by local militia.

The British reported 73 killed and 174 wounded. Their casualties slightly outnumbered those suffered by the Patriots. While these battles were not tactically important, they did solidify the patriot cause. After Lexington and Concord, war against England was a certainty. Thus began the epic struggle of a small group of untrained men fighting a war against one of the most powerful nations the world has ever known. 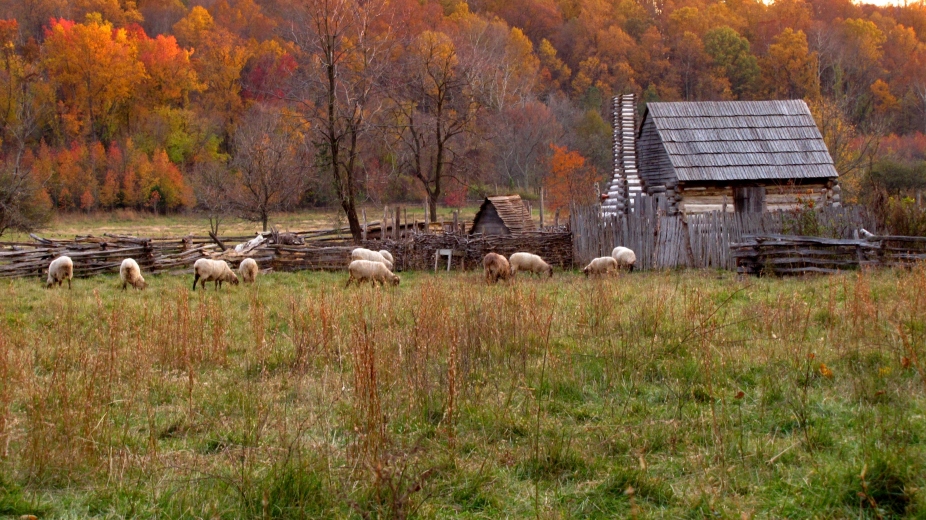 It’s a little hard to imagine how those docile, not so smart, animals known as sheep could have anything to do with starting a war. However, sheep, and more specifically wool, was one of the factors that drove colonists into war against England. Sheep likely first arrived in North America at the Jamestown Virginia Colony in 1609. These were probably Southdown sheep from Sussex, England. The breed is known for producing quality wool and being able to survive on highland grasses with little nutrition. Sheep became an essential part of colonial life and by the mid-1600s there were probably ten thousand sheep in the colonies. Sheep and wool production became so important that in 1664 Massachusetts passed a law requiring children to learn how to spin and weave. In 1662, Virginia offered five pounds of tobacco for every one yard of wool cloth. With continued growth of the wool trade, the colonies began to export wool to other European Countries.

It did not take long for the British Empire to recognize that the colonies’ wool production would soon out match its own as a worldwide source for trade. Ever vigilant to protect its own trade interests, England decided to take action to stop the colonies from exporting wool to other countries. In 1699, the British Parliament passed the Wool Act of 1699, which did three things:  1) it banned the colonies from exporting wool; 2) it forced colonies to only import British wool; and 3) it taxed wool sales. This Act was one of the first of many attempts by Great Britain to force trade restrictions and taxes on the American Colonies.

The Wool Act was just the beginning of Great Britain’s efforts to stifle colonial economic growth through trade restrictions and taxes. The British government enacted the 1764 Sugar Act, 1765 Stamp Act, 1765 Quartering Act, 1767 Townsend Acts (paint, tea, glass, and paper), 1773 Tea Act, and 1774 Coercive Acts. The Wool Act of 1699 was therefore just the precursor to a series of laws that drove colonists into revolt with the cry of “no taxation without representation.” Unlike many of the other Acts on consumer goods, the Wool Act was not repealed by Great Britain until after the colonies had won their independence.

Today, sheep aren’t the same important economic commodity that they once were. Our boys raise sheep for 4-H and to sell for meat.

Most sheep in the United States are raised for meat, and they only account for 1% of the livestock industry. Wool is no longer the main textile used in clothing. Synthetic fibers and cotton are much more common. It’s amazing to think that sheep and their wool were once so important that they helped start the American Revolution.

Spring lambs out grazing on the Stevenson Farm