We love riding horses as a family.  There is nothing quite like a trail ride through the woods.  Connecting with nature and your horse while meandering through the woods is truly amazing.  While most of our riding is just around our farm, we do pack up the horses in the trailer and go riding at some different horse trails from time to time. The hills and woods of Brown County, Indiana offer some magnificent trails, particularly in the fall with the changing of the leaves. 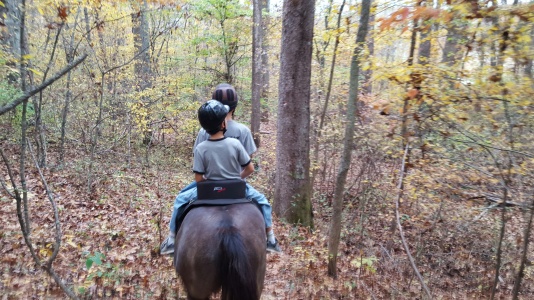 Some trails can get pretty narrow

More often, we ride around our farm. It’s always easier to find places to ride once the crops come out.

Me on the back of George riding back home at sunset

Many times when I’m riding, I wonder what it must have been like to ride alongside George Washington.  Washington was an incredible rider who would take his horse at a gallop through thick woods, over fences, and across creeks.  Fox hunting on horseback was a favorite pastime of Washington.  He would ride for many hours giving chase to a fox with his dogs and horse in hot pursuit. Washington’s horses also carried him into battle. On more than one occasion, Washington charged ahead on horseback into enemy fire, sometimes putting himself in grave danger.  As a master horseman, Washington was always graceful on horseback.  He also trained many of his own horses.  The two horses that reportedly carried Washington through the American Revolution were named Nelson and Blueskin.

Washington and his horse Nelson 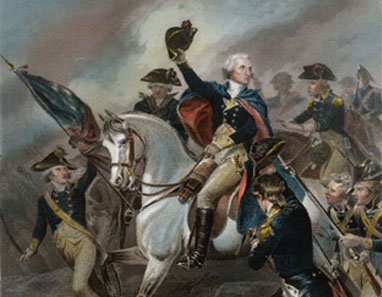 Washington and his horse Blueskin